Years ago I asked this question. 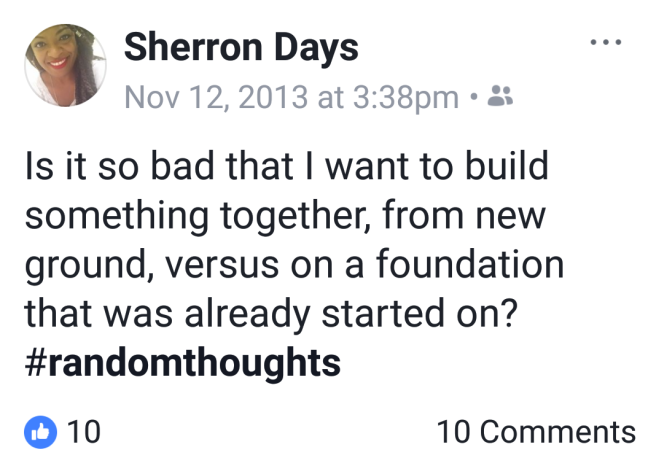 I was about to turn 30 and was beginning to panic. I had been running into men who already had children. In my mind, I imagined and desired to share the experience of parenthood together with my future husband. However, because I was getting older and so was my age group, a childless man was getting harder to find. I posed this question on Facebook to see if I was over my head. And if anyone else was in the same boat. Then I got a response from someone who would change my life forever. My future husband.

This post led to an inbox. An inbox led to a phone call. A phone call led to a first date. And a first date led to forever (with a whole lot of other stuff in between).

I found myself falling in love with the very person I was trying to avoid, a man with a child. But if I had stuck to that preference, I would have missed out on the best thing that has ever happened to me.

Let’s look at why I (and other women) hestitate to date men with children:

Children Come First: Children are and should be a parent’s first priority. After all, they can’t take care of themselves. As selfish as it sounds, I didn’t like that too much. As a single woman at the time, I didn’t want to have to compete with a child for time and attention.

Baby mamas/ex-wives: There will always be a tie there. The children will always require a man to communicate with his ex. Usually that leaves an open door for things to reconcile. After all, they did share something once and have the proof to show it. It’s convienant to just go back into a ready made home. My ex-husband was an example of that. Although he was married to me at the time, he was still communicating with his previous ex-wife inappropriately and trying to keep that door open so he could continue to have a “relationship” with her and me.

In another relationship, my significant other decided to return to his ex-wife for the sake of his child. Needless to say, I haven’t had the best track record with dads.

Exes can be troublesome in that they may use the children as a source of revenge or leverage. Especially when they find out the man is now in another relationship. It not only causes stress on him, but on the relationship as well.

I could go on and on about the negatives of dating men with children (and this is only based on my experiences), but why when my own husband debunked most, if not all of my concerns.

He showed me that I could be equally as important as his daughter. When we were dating, he made sure he included me in outings with her. Interactions with his ex were always about their child, nothing more, nothing less. And most of those conversations took place around me. Bottomline, he knew my past experiences and made sure that I had nothing to worry about. And those experiences had nothing to do with him as a man or a father.

Moral of the story, if I had stuck to my preferences, I would have missed out on a great husband and a beautiful step-daughter. And now we’re having a child of our own. Sometimes we have to get out of our own way and not let our preferences become requirements that block our blessings.

Happy Father’s Day to not only my husband, but to all the dads that are active in their children’s lives. May you not only be honored on this day, but everyday.