Why are relationships between men and women (particularly the black man and woman) in the state they are in now?

It’s all the woman’s fault.
She is a golddigger. She makes too much money.
She’s a whore. She won’t give it up.
She settles. She’s too picky.
She wears weave. She’s too natural. She’s doesn’t care about herself. She’s too confident.

Nope, it’s the man’s fault.
He’s aggressive. He’s too passive.
He’s not goal oriented. He works too much.
He doesn’t show me enough attention. He’s thirsty.

How can we blame each other when we don’t even know what we want in each other?

All these contradictions, no wonder we’re all confused. It’s time we stop looking for others to blame and start looking within ourselves. What we need to do is talk to each other. And not just men addressing women on what they need to change (which I’ve noticed has become a trend), but men talking to other men. Women having discussions with other women. How can we build each other up to be better for ourselves and the opposite sex?

Enough with the blame game. 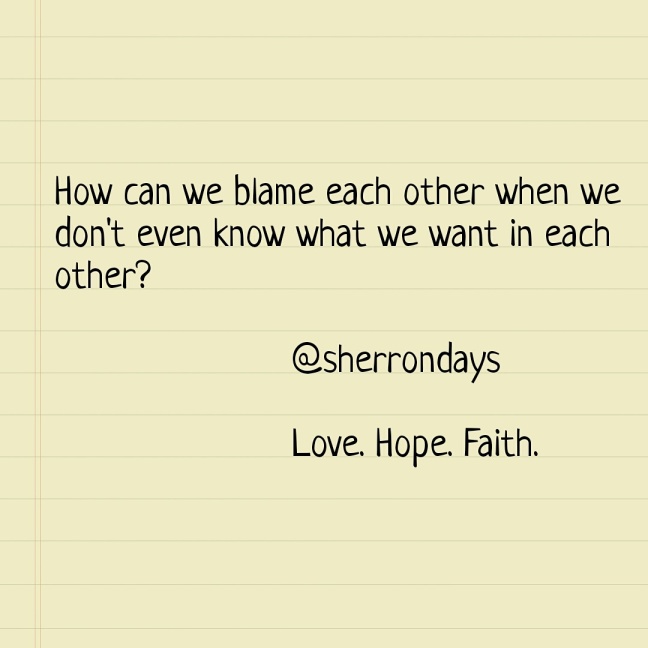